So what do we have there? A new Space Marine codex and my favorite Chapter of Crusading Zealots are in it. How do I feel about this?? First of all it made me feel sick because Black Templars and smurfs (Ultramarines) share the same codex…. On the other hand we get all the funky stuff like Riflemen dreads, Whirlwind, Sternguard… If the rumors are true…  We lose, Sword Brethren, Sword Brethren Terminators, Righteous zeal,… We will see this Saturday. But it still makes me a sad panda!! 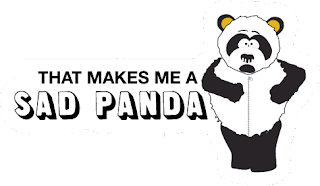 What will I do for now? Look at the meta change from Tau / Eldar to Tau / Eldar and Space Marines. That’s for sure. So hello veterans of the long war upgrade on my plague marines. I’ll also wait before I take my Templars back to the tournament level. First I have to do some painting on those guys! I really hope Games Workshop made them okay for 6th edition. I’m aiming to get my Black Templar force ready by summer 2014. Then the meta has settled and I know what to choose for my Black guys. First thing to do will be updating the Rhino's for the Squads, an Aegis Defence Line for the Templars, paint High Marshal Helbrecht, my Emperor Champion, more Black Templars, a Stormraven, a Stormtalon,...

For now I’m still going to tournaments with my Chaos Space Marines. Second Helldrake has been painted. Only need some basing done. Then it’s time for some zombies, plague marines, raptors and Chaos Guard allies!
Last weekend I joined up with Jeroen for a Double Tournament it was a blast! We ended a bit low. I blame the second match. Double Riptide and Double Wraithknight. And it was killpoint mission. So we where kinda screwed. Drop pod Space Wolves and Chimera + 2 Vendetta Guard. Hmm? I had a great day and a fun time!