First I'm gonna post the Devastator Squad I'm working on for the LPC.
Doing all the marines with heavy weapons now so they all have the same rusty look on them. I only need to do some metal drybrush on them and the eyes in blue and then as final the bases. 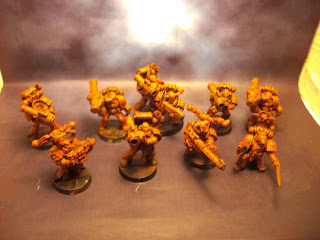 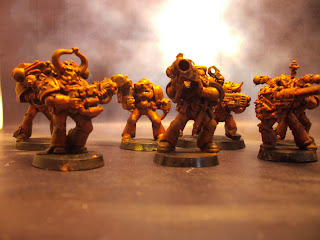 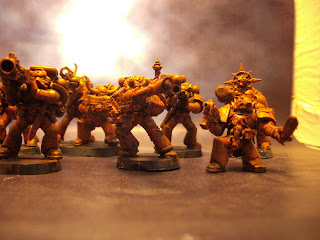 My Razorback finally got some love also. I'm doing a different kind of approach for the Rhino/Razorback. Only the Land Raider, drop pods and Land speeder will be different for every army. 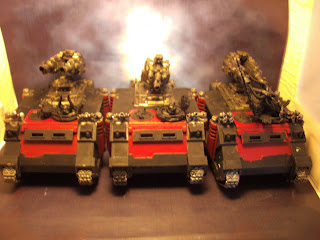 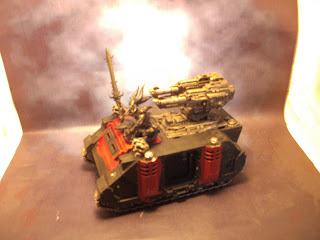 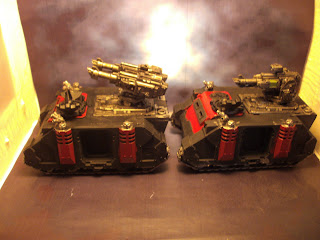 And as final I show you what I have in my mind for the past week. An evil Grey Knight! As Goatboy is also doing evil Grey Knight and he is a great inspiration with his Space Goats.
I'm for sure the Evil Grey Knights will be usefull in my Sanguinary Guard army also! I just reallised that I have for 75% of that army (still in the box). But as the rumours go the Black Templars will be in March/April. Kinda hope they will be in April. So I can finish up Nurgle Angels and Black Templars! 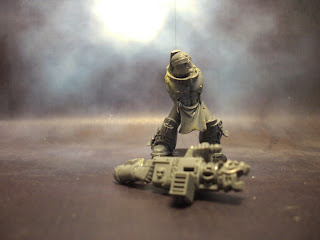