I was look forward to this! Sadly I made some errors in my games which cost me the game most of the time.

With the tyranids in the first battle I was forced into my corner with the swarming getting closer. Not to forget his doom of malathi was on board the second turn. My stormraven shoot out of the sky by his Flying tyrant and then dice who failed me. So a loss, still it was a fun game and great opponent.

Next battle was against Chaos Space Marine Nurgle Marines!
3 Rhino's, 2 vinidcators, 2 flying nurgle daemon princes and 1 defiler. His biggest error was in the first turn not move and shoot with his vindicators. I moved mine closer and shoot his first one dead. I should have gone for the other one... But no I was going for the defiler. That was the error I made there... Fun game still! I lost that one also! Time for a duvel it seems!

3rd battle was fun also! Sadly I really should have considered not moving my vindicators 12inch and get blasty upon his long fangs. I should have kept my distance. He blew them both in his next turn. Lucky my stormraven got in and shot his autocannon thingy away.  Then I made the error of not reading the secondary  very good. Sadly that was written badly.

Both players chose a Strategic Building. This is a piece of scenery in your deployment
zone. If you control your opponents Strategic Building without losing your Strategic
Building you earn 5 mission points. Control opponents Strategic Building and your
Strategic building is contested you earn 3 points. So this means: what if yours isn't contested and you contest his!? YOU GET NOTHING!?
It was a draw, still that should have been a win. Otherwise I would have lost an extra kill point... And just stayed behind my scenery and just shoot some of his grey hunters from behind there aegis defence line. So I made some errors in the battles I played. I learned a lot playing with Vindicators. But now let's turn over to the dark side. 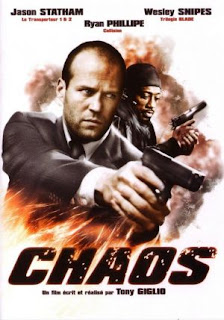 CHAOS REIGNS!
So with the new codex, bought my lovely girlfriend, in my possession! I'm considering some big units of Chaos Cultists, Nurgle Biker Lord, Nurgle Bikers and yeah Nurgle Marines! Maybe swap in a tzeentch sorcerer and some Chosen. But! Huron Blackheart is also interesting! Because he can give D3 units infiltrate. Things to consider! Let's read the book a bit more!